This present iteration of our time in Morocco began Wednesday morning when we closed the front door of our home in Bluff Park. The Lyft taxi Denise had ordered arrived and displaced us to the airport the requested two hours before departure. The lead time allowed us to indulge ourselves in what has become a tradition; we treat ourselves to a pre-departure meal at Jim & Nick’s Barbecue. The time of our flight, scheduled at 11:50, meant this meal happened to be breakfast. I managed to find a breakfast item that included pulled pork.

Our itinerary took us to Detroit from Birmingham, and after a two hour layover, we boarded the Airbus A-300 for the eight hour flight to Paris. With the time change and delay, we departed about five pm EDT. The time difference between Paris and Detroit is six hours, so we witnessed the sunrise just an hour or so before our arrival at 7:30.

If I may engage in one of my traditional criticisms of the travel industry, I would mention that our opinion of airline food was considerably reinforced in the negative direction with this flight. I am uncertain as to what value the Delta accounting analysts ascribe to the meals served in flight, but we are convinced that whatever percentage of our four figure fare is allocated to cover those costs, the traveler is being short-changed considerably. The best part of the dinner we were served, other than a pretty good brownie, consisted of two carrot and two celery sticks. The remainder of the meal was essentially returned to the attendant untouched. The breakfast, some five hours later, received a similar treatment. The trays were dumped into the waste container pretty much as delivered. Though we transferred to Air France for the three hour flight to Rabat and received even a third meal, the culinary change from Delta was hardly an improvement. Those growing up years and hearing of children around the world going hungry while I did not clean my plate, resonates with me even now, and induces a certain amount of guilt when I observe multiple meals being wasted. However, not enough guilt for me to clean my “tray” and I do admit the roasted peanuts for a snack were not bad!

Normally we travel to Casablanca from Paris, and then take a train from there to Fes. This year we opted to arrive in the capital city of Rabat. It is a much smaller airport, the passport control procedures are much less chaotic since there are fewer people, and the trip to Fes takes about an hour less. That decision worked nicely since we had a total of four suitcases and two carry-ons each and dreaded trying to handle all that baggage. A very pleasant non-aggressive porter offered his services and we gladly accepted his offer. He escorted us out of the terminal building, located a Grand Taxi in the parking lot that traveled to Fes, and pointed out the posted price for the trip, thus enabling us to avoid the haggling procedure that often occurs in those types of transactions. A few dollars for a tip seemed quite a bargain. 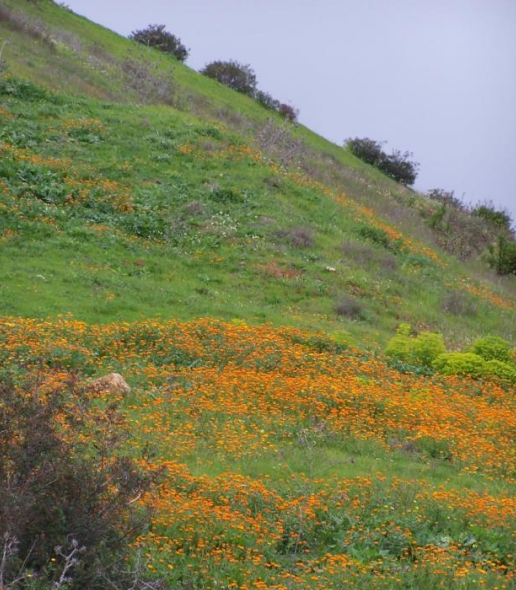 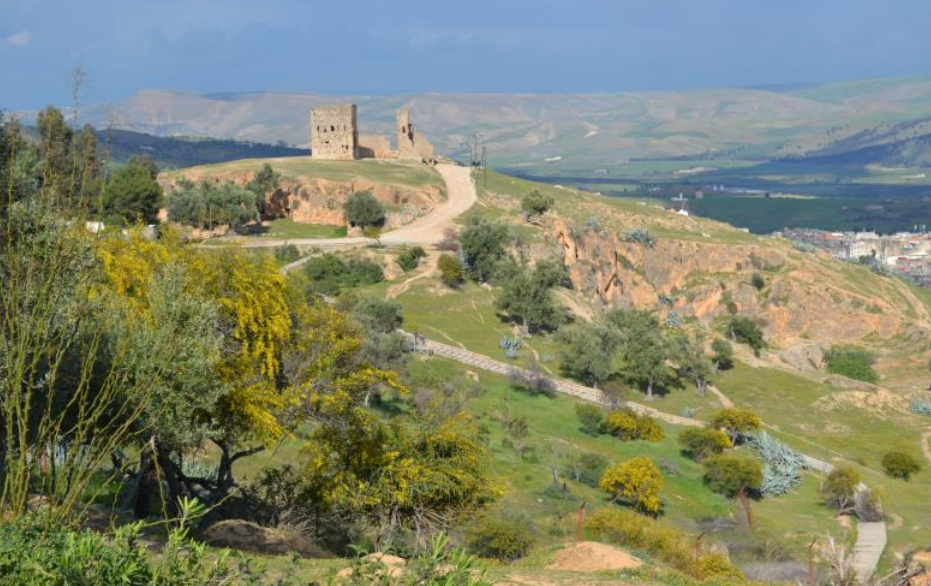 The trip to Fes required about two and one half hours and reminded us of unexpected benefits we often receive here. There has been a lot of rain this winter and the hillsides are alive with the scenic beauty of the approaching spring. Large swaths of yellow wildflowers, interspersed with varying shades of the green crops produced a resurgence of energy after the tiring trip. The natural beauty of the spring season here is stunning. As we passed through the familiar neighborhoods we anticipated the sight of another door at #115 Charia Ouafae. Approximately 24 hours had transpired since locking the door in Birmingham and unlocking the door in Fes. 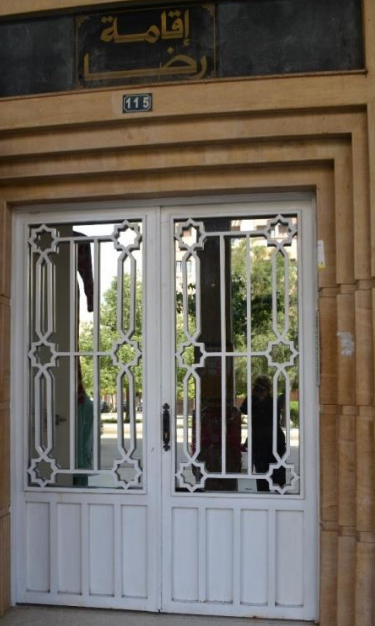 Listening to a John Grisham novel on my MP3 player while in flight, a line of dialog from one of the characters echoed a sentiment that Denise and I often sense while here, “We are fortunate beyond belief.” Such moments help us not to question too deeply the value of making the effort to be here when things maybe are not going too well and we are frustrated by the nagging problems of day to day routines that often appear more difficult to resolve than if we were home. Denise mentioned that she had internalized part of the lyrics the sanctuary choir sang the Sunday before we left. They come from the anthem “I Will Go” by Steve Green:
“I will go where there are no easy roads,
Leave the comforts that I know.
I will go and let this journey be my home.
I will go, I will go…”

That is what we have done for a number of years now. We desire this six-week journey to be our home, and may God be glorified. Thanks for your support and prayers.

Passing from one door to another feels pretty much like traveling from home to home!