Tuesday of our first week in Morocco we visited a second site that appears on the UNESCO list
of World Heritage Cities. This former city, Volubilis, was located about two hours from Fes, near the
city of Meknes and marked the southwestern boundary of the Roman Empire in Africa. It first
appeared on the UNESCO list in 1997.

The origin of the city is generally considered to have occurred about the third century BC. In
addition to indigenous Berber tribes living in the area, evidence and artifacts exist that indicate
Phoenician, Carthaginian, and Roman citizens inhabited the region until the fourth or fifth century AD.
The golden age of the Roman influence began in 44 AD when Claudius annexed the empire of
Mauretania; the city grew substantially due to its wealth and prosperity, derived from the fertile lands
of the province which produced valuable export commodities such as grain, olive oil and wild animals
for gladiatorial spectacles. At its peak in the late 2nd century, Volubilis had around 20,000 inhabitants
and was considered the administrative center of the kingdom of Mauretania. 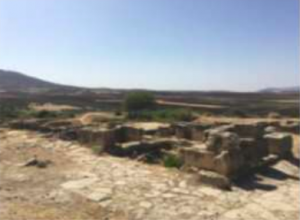 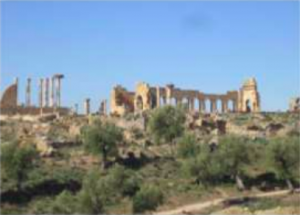 Standing and observing the current landscape one can see the attraction the fertile area would
have had for those earliest inhabitants. It is much more difficult to imagine 20,000 people living on a
site of approximately 100 acres; contemplating the logistics of moving vast quantities of any kind of
material from this location to the Mediterranean Sea and then shipping it to modern day Italy is
beyond comprehension.

Volubilis continued to be inhabited for centuries after the end of Roman control around 285. It
continued to be inhabited for at least another 700 years, first as a Latinised Christian community, then
as an early Islamic settlement. Numerous artifacts with Christian inscriptions have been unearthed
and are dated by the provincial year. In the late 8th century it became the seat of Idris ibn Abdallah,
the founder of the Idrisid dynasty and the state of Morocco. By the 11th century Volubilis had been
abandoned after the seat of power was relocated to Fes. By the time the Arab conquest of North

Africa reached Morocco the city name had been changed to Walili, a Berber word meaning oleander, a
prolific plant in the region. Today, it is still referred to by that same phonetic pronunciation in Arabic.
Our guide Khalid (shown here in the picture with Tim) lives in the village of Moulay Idriss, just
5 kms from Volubilis. Since meeting him in 2006, he has introduced six or seven groups traveling with
us to the history of Volubilis. The day we visit, I simply make a call to his cell phone when we get
within about 5 or 10 miles of the site, he jumps on his moped and meets us at the entrance. 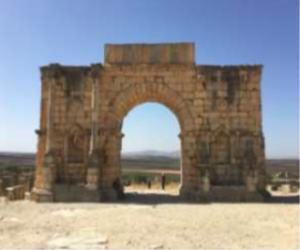 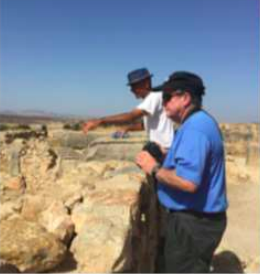 Some of the mosaics are remarkably well preserved; a few have been restored. During our
visit we observed a team from an Italian university working on one of the mosaics. Of the two
pictured below the first is entitled Bacchus and Ariadne, the second the Labors of Hercules. 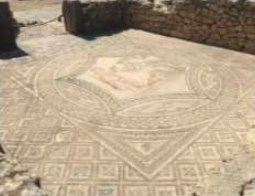 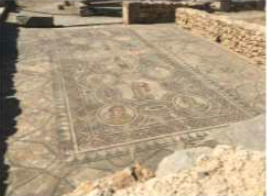 The remains of houses, aqueducts, olive presses, thermal baths, a triumphal arch, a basilica, a
sewage system, a forum, a temple and other structures point to the remarkable achievement of
human ingenuity more than two millennia ago. I have visited these ruins more than 20 times since I
first saw Volubilis in 1971. Each visit reminds me of the creative capacity of diverse peoples
throughout the ages. Regrettably the demise of Volubilis is generally attributed to armed conflict
arising from the inability to find a peaceful way to resolve differences. Seems there might be a lesson
in there for us today. 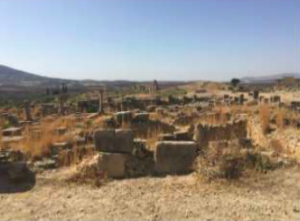 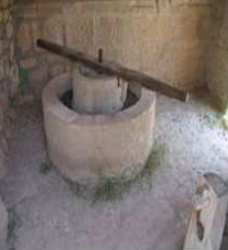 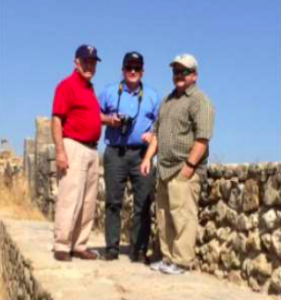 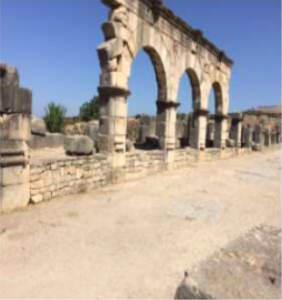 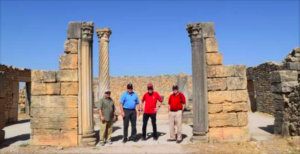